Solomoto is launched in the USA 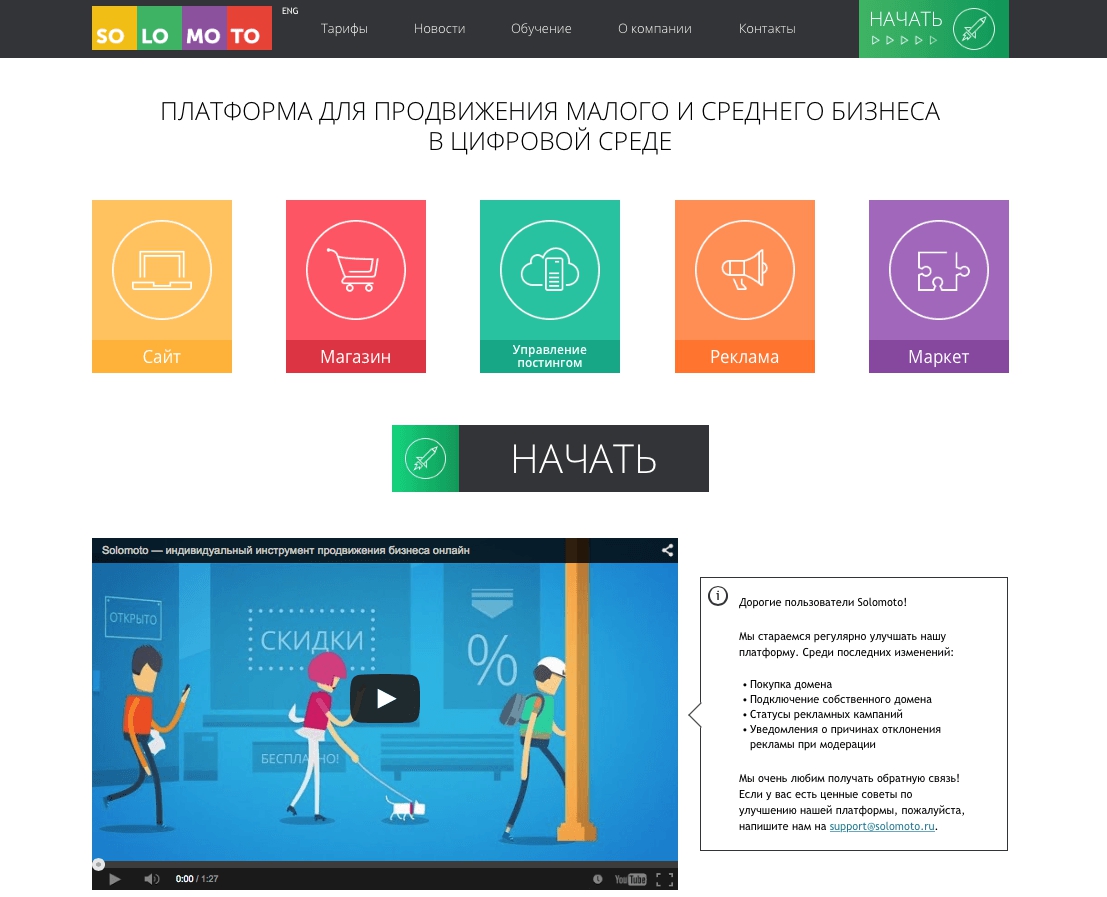 Solomoto marketing platform is planning to conquer the American market. Although the company is already present in Russia, Israeli, CIS countries and Latin America, it would have to try hard to find its place in the USA, as the competition there is undeniably higher.

Solomoto platform has been launched 2 years ago, being aimed on small and medium-sized businesses. It allows to launch websites, develop ad campaigns, manage social networks publications. All tools have been designed by professional web marketers. Last year, a quarter of company’s stocks have been purchased by Blumberg Capital for $8-10m. The funds acquired from the deal were spent on expanding the geographic footprint.

So far, Solomoto managed to show great results. Revenue of the Russian office last year reached 390m RUB with 29,7m in losses. Pasha Romanovskiy, a man who together with other founders still owns the majority shareholding, claims that the platform has over 100,000 users. Half of them are from Russia, and other half is from overseas (mostly Latin America). Average client’s bill in Russia has grown almost threefold in Russia over the last 1,5 years – up to 2700 RUB a month. Solomoto owners hope that this figure will be 2-3 times higher in the USA.

It seems that all chances are there. The volume of American digital market has grown 15% in the last year reaching $58bn. Thrive Analytics inquiry demonstrated that 42% of small and medium-sized business owners are going to increase spending on the web promotion this year. At that, Managing Director of Gagarin Capital Nikolay Davydov point out that technologies that American companies have are not necessarily always better than Russian ones. Thus, Russian products can be successful in competing on the Western markets.