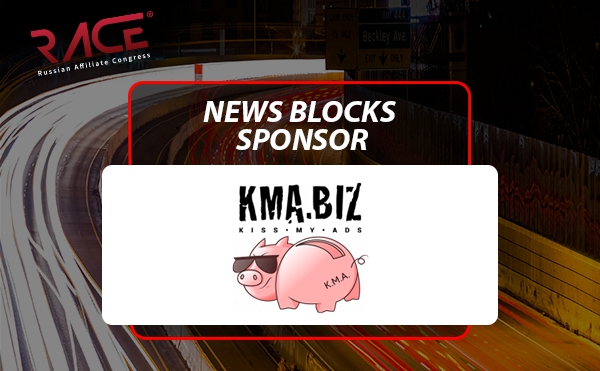 Russian Affiliate Congress got a news block sponsor — KMA.biz. This CPA network is known to all those who heard at least something about Russian affiliate market.

To work with KMA.biz means to convert the success on the Internet into stable income fast and professionally.

Visit RACE on October 7, 2016 in order to communicate with KMA.biz representatives in person!

We are pleased to continue our cooperation with the company, which has already been our sponsor last year. The company also participates in RACE Awards for the third time. You can vote for KMA.biz or other nominees at race-expo.ru.